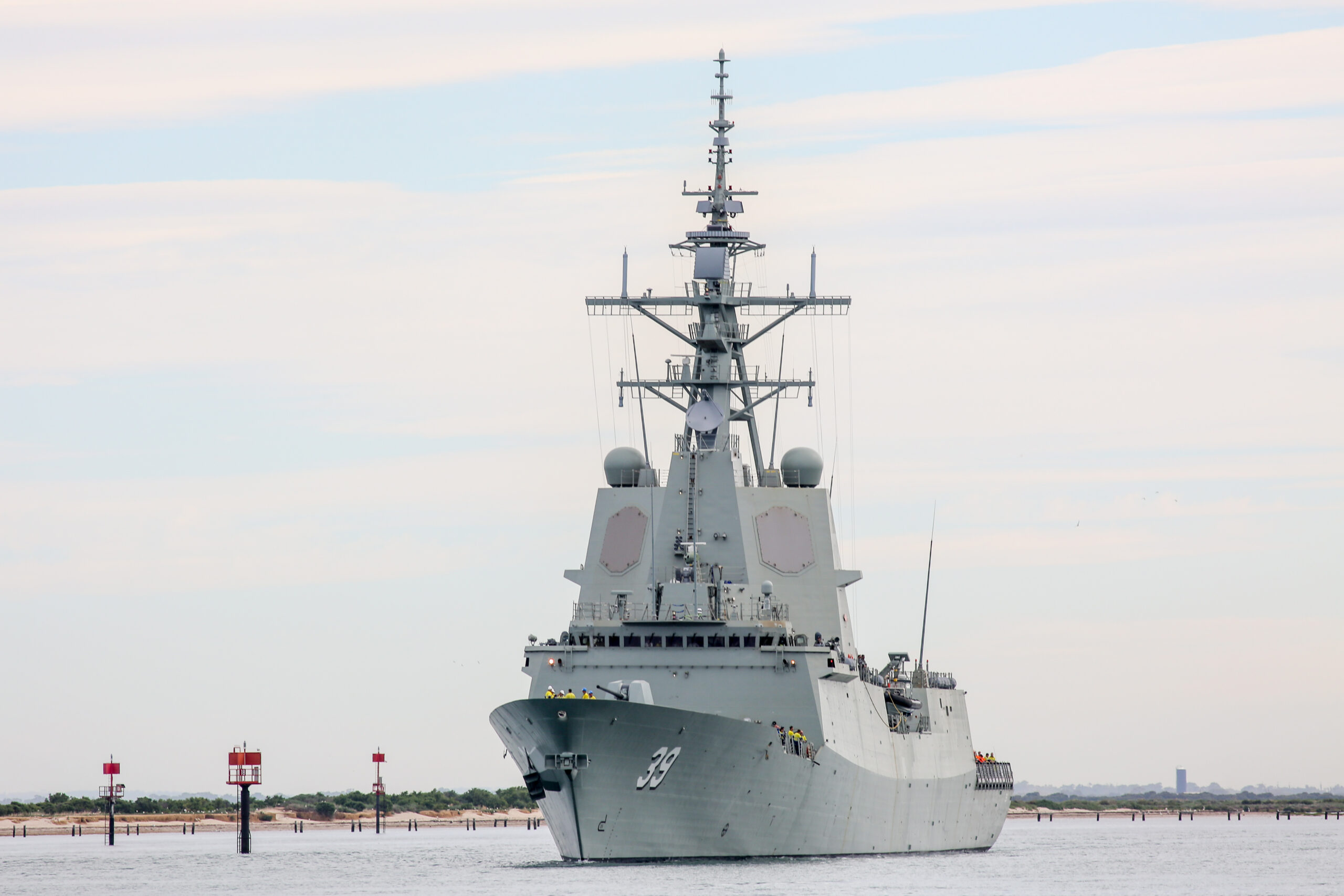 Future destroyer Hobart departed the wharf this week to undertake a second round of more advanced sea trials, Sea Acceptance Trials, off the coast of South Australia

Following the success of Builder’s Sea Trials in September 2016, this phase of trials is the formal testing and acceptance of the highly efficient and capable platform system, proving the ship for its delivery to Defence later this year.

Sea Acceptance Trials is designed to test the function and performance of the ship’s complete mission system, involving both the platform (ship) and combat system.

Hobart is the first of the three Air Warfare Destroyers and will give the Royal Australian Navy a new and potent air warfare capability for the first time.

ASC Shipbuilding CEO Mark Lamarre said the milestone was significant and that it demonstrated the capability of its workforce and ASC’s integration with the broader industry, including Raytheon Australia, Navantia and the Capability Acquisition and Sustainment Group of the Defence Department.

“Today we also acknowledge the important collaborative role that Navantia has played since becoming involved in our shipbuilding activities in 2015,” Mr Lamarre said.

“The construction and integration work occurring here in Adelaide on the AWD program is a vital part of South Australia’s shipbuilding industry, ” said Mr Pyne.

Work continues to progress on the AWD project, with Ship 02 Brisbane recently launched and Ship 03 Sydney achieving efficiency improvements of approximately 61 per cent (over Ship 01).