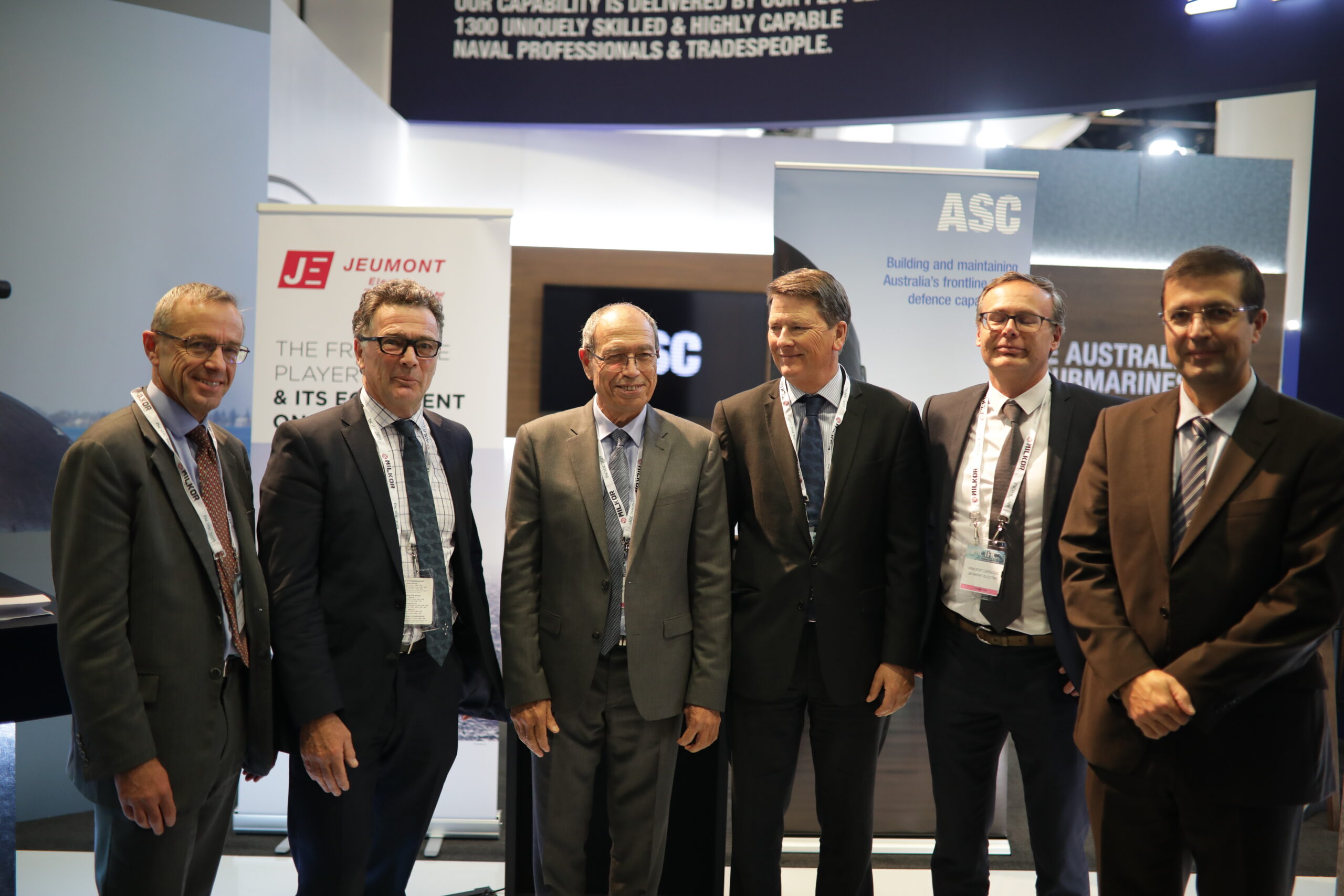 ASC and Jeumont Electric of France confirm plans for future

Under the HoA, ASC and Jeumont Electric will explore a range of commercial arrangements for future work, including formal joint ventures, teaming and other contractual arrangements. The HoA confirms earlier collaboration between the two companies, agreed at the 2018 Submarine Institute of Australia annual conference.

“ASC is the home of Australia’s high performing submarine sustainment workforce, employing 1,300 skilled personnel, delivering submarine availability never before seen for the Royal Australian Navy. This Heads of Agreement with Jeumont Electric will help to meet the future demands of both the Collins Class and Attack Class future submarine programs and identify diversification opportunities for both companies,” said Mr Whiley.

“We look forward to jointly working with Jeumont Electric, in Australia and in France, to expand our capabilities and support Australia’s historic submarine industry expansion in coming years.”

The HoA brings together Jeumont Electric and ASC, Australia’s dedicated submarine sustainer which, as part of the Australian Submarine Enterprise, delivers above international benchmark Collins Class submarine availability to the Royal Australian Navy.

“Working with ASC is a fantastic opportunity to strengthen the presence of JE in the long term in Australia. Beyond the naval business opportunities, this cooperation will enable the two partners to develop various other markets for which Jeumont Electric has solid knowhow and high levels of innovation,’’ said Mr Ammar.