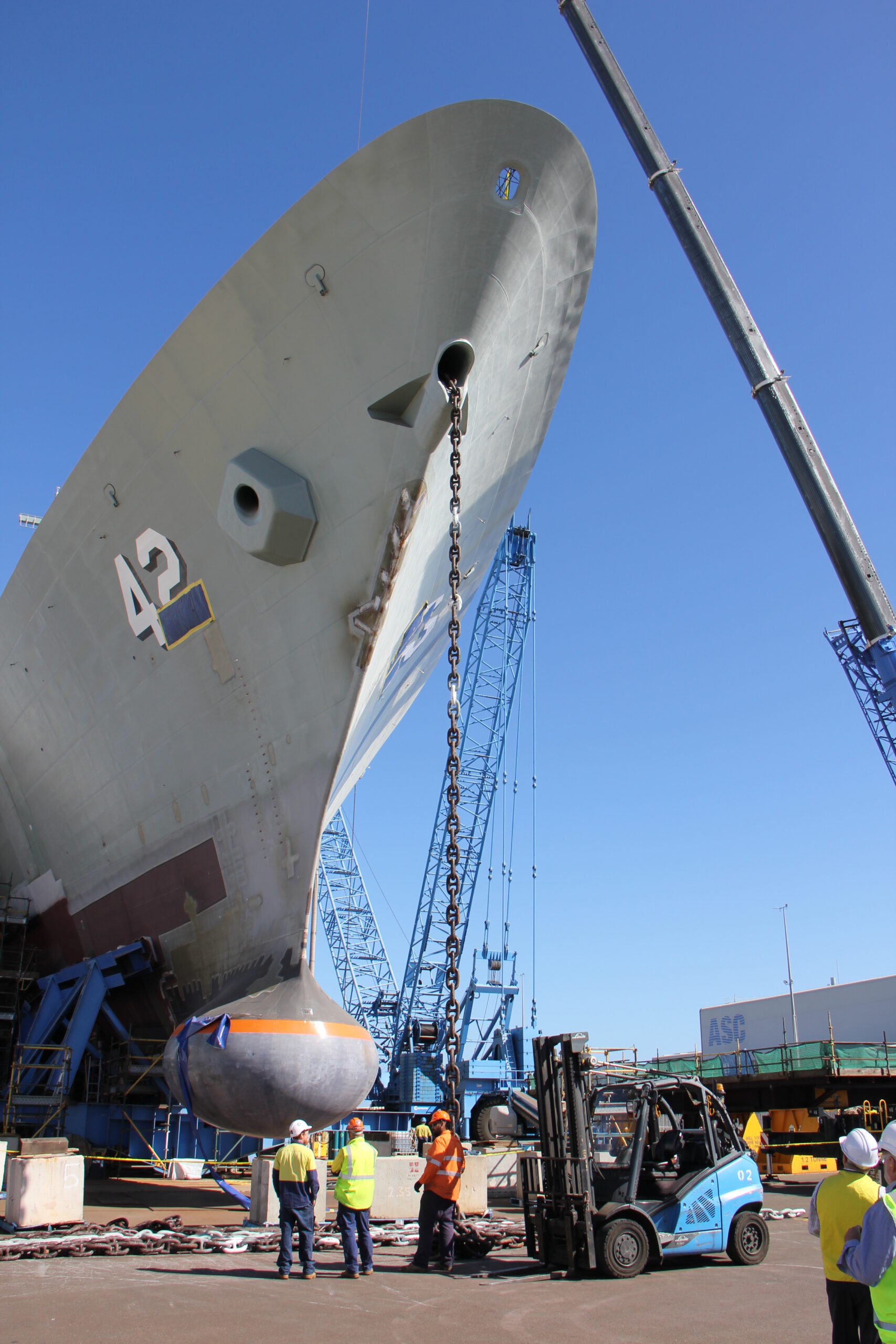 ASC’s strong safety culture was demonstrated during a recent visit by state and federal authorities and representatives of South Australian businesses.

Acting CEO – ASC Shipbuilding, Jim Cuthill, pressed the importance of culture across the ASC South shipyard, given the wide diversity of the workforce.

“We have recruited and trained more than 3000 shipbuilders in the decade since this shipyard has been operating,” said Mr Cuthill.

“A fundamental enabler of our success in that time has been the development of an effective safety culture.”

“Safety is our most important value.”

Key to safe future operations will be continuing to work effectively with partners, starting with Lürssen of Germany, the prime contractor for the Offshore Patrol Vessel program, starting at Osborne this year, said Mr Cuthill.

The visitors also toured the shipyard and were briefed on how ASC Shipbuilding implemented safety awareness and practices at all levels of ship production.

“We have a ‘conversational’ approach to workplace safety here at ASC, in which it is important that the leaders ‘walk the talk’ on safety, to encourage openness and improvement,” said Mr Galvin.

The visit in March was part of a series of industry visits led by SafeworkSA to key employers in the state.