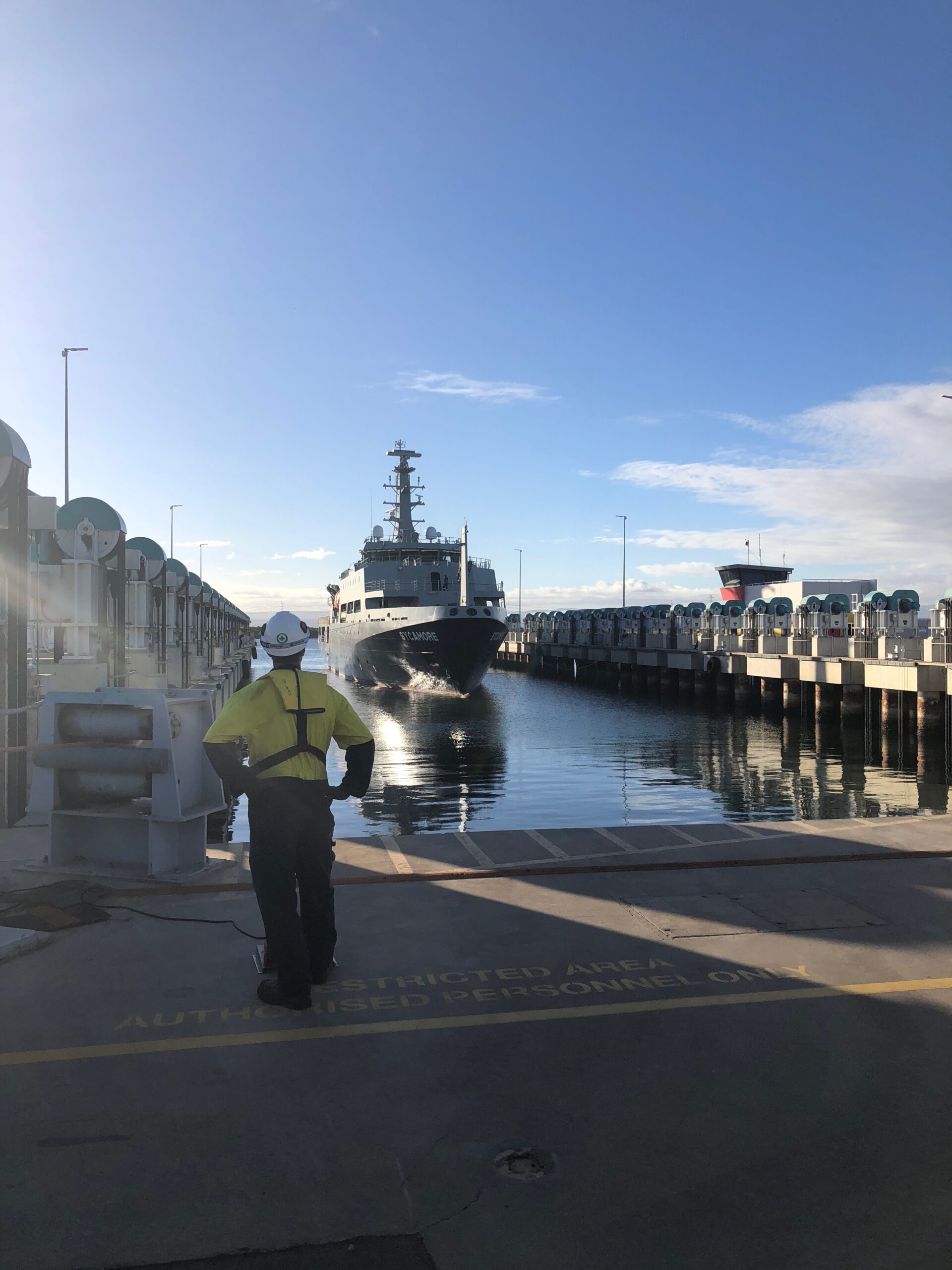 Australian-owned major warship builder, ASC Shipbuilding, has commenced work assisting in the maintenance of the advanced Maritime Aviation Training Vessel, MV Sycamore, creating work for up to 30 employees and contractors during the docking.

ASC Shipbuilding, which is the leading employer of Australian shipbuilders, has been contracted by the vessel’s operator, Teekay Shipping (Australia) Pty Ltd, for this project to provide specialist support to complete the work on the MV Sycamore within a tight deadline, at the Osborne South shipyard, owned by Australian Naval Infrastructure Pty Ltd.

“This engagement shows how ASC’s shipbuilders can provide high-level services in support of the local industry, leveraging the capability we have developed in the Air Warfare Destroyer program,” said Jim Cuthill, Acting CEO – ASC Shipbuilding.

“Our work on the MV Sycamore sets a precedent in working co-operatively with the newly established Australian Naval Infrastructure as it attracts more work to the Commonwealth-owned shipyard in Osborne, South Australia, in coming years.

“ASC Shipbuilding will complete the MV Sycamore work shortly, while continuing our high performance as the builder of the air warfare destroyers.

“ASC Shipbuilding is preparing to move on to future programs, starting with construction of the lead Offshore Patrol Vessels later this year, with prime contractor Lürssen, and is strongly placed to become the Australian shipbuilder of the Future Frigates, starting in 2020, subcontracting to a prime contractor-designer of the Government’s choice.”

Following the docking of the MV Sycamore at Osborne yesterday, up to 30 ASC Shipbuilding personnel and contractors will support maintenance work on the 94m long, 2,400 tonne vessel.