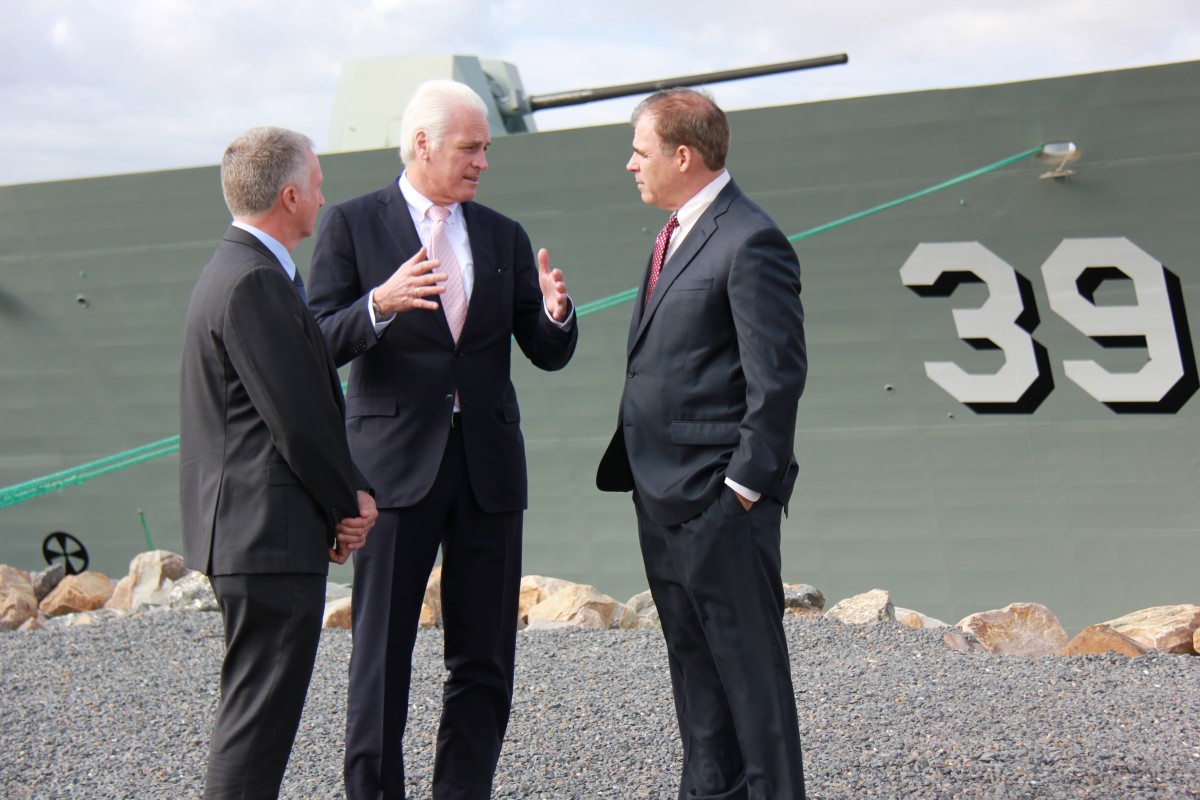 ASC Shipbuilding today welcomed to Adelaide Peter Lürssen, the head of the German warship designer in the running to launch Australia’s next major shipbuilding program – the Offshore Patrol Vessel project – in Adelaide from 2018.

Joining Mr Lürssen in Adelaide for a media conference (see alert) will be Jim Fitzgerald, Executive Chairman of Forgacs Marine & Defence of Perth (owned by Civmec). Last month ASC Shipbuilding announced a partnership with Forgacs to offer a low risk, commercial shipbuilding solution for the OPV program to two design tenderers – Lürssen of Germany and Damen of the Netherlands.

“As the builder of Australia’s most advanced surface combatants – the Air Warfare Destroyers – ASC Shipbuilding is delighted to welcome Mr Lürssen and Mr Fitzgerald to Techport, where the first Offshore Patrol Vessels will be built from next year,” Mr Lamarre said.

“Lürssen has a compelling and ambitious plan for naval ship construction in Australia and ASC Shipbuilding, together with our partner Forgacs, is confident our proposal provides a competitive, low risk OPV shipbuilding solution.”

The OPV build would create more than 300 ASC Shipbuilding jobs at its peak in Adelaide, with the company well-placed to provide a highly skilled shipbuilding team with experience on the successful Air Warfare Destroyer program.

ASC Shipbuilding has met all cost and schedule milestones as shipbuilder for the AWD program, since the reform of the program and the launch of the first Air Warfare Destroyer, Hobart, in mid-2015.

Construction of the third destroyer platform is tracking as 60 per cent more efficient than the first. ASC Shipbuilding is on track to reach international shipyard productivity benchmarks by the delivery of ship 03 in 2019.