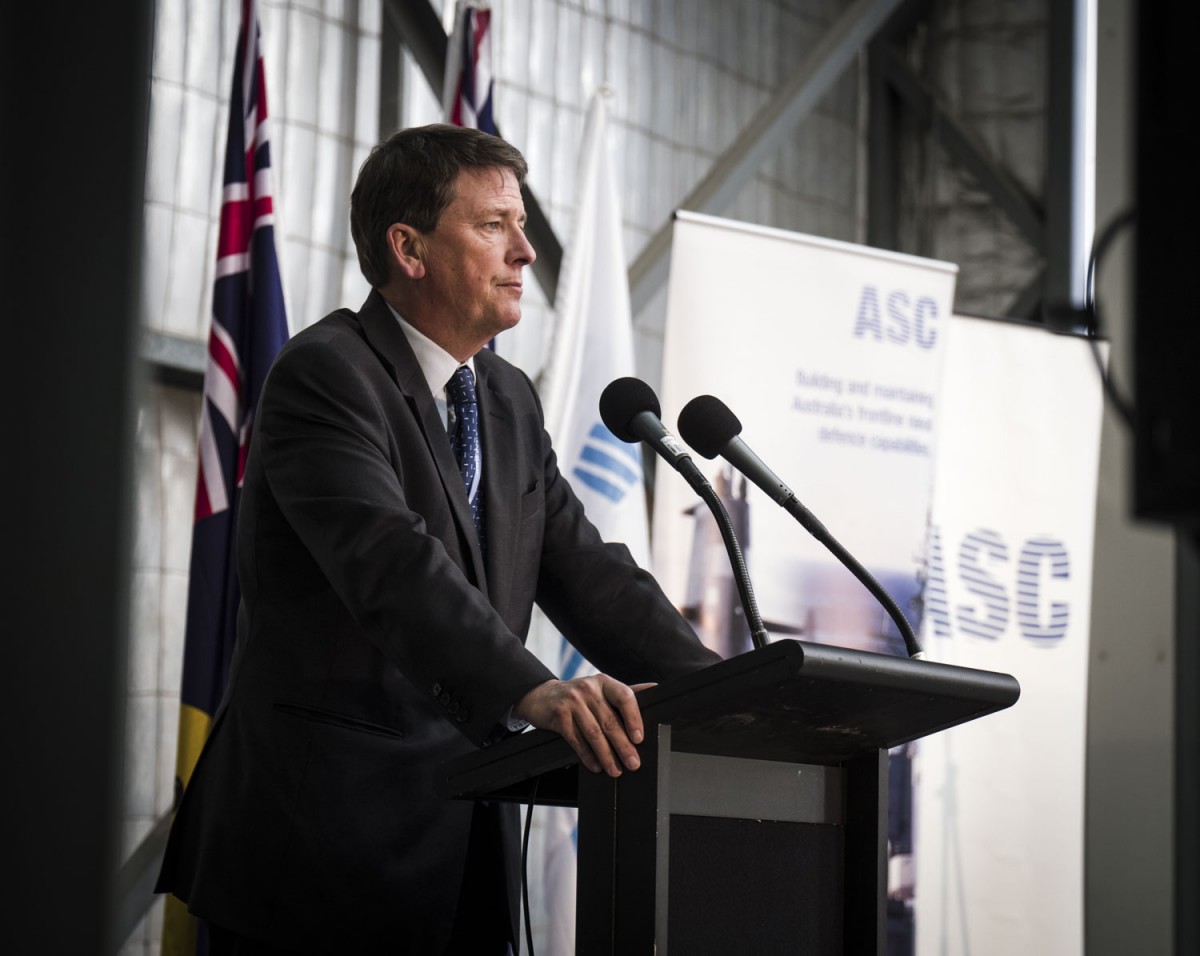 The upgrade is part of ASC’s continuous improvement of the maintenance of Australia’s Collins Class submarine fleet, as part of the Submarine Enterprise, which has achieved international benchmark performance this year

The $12.5 million redevelopment will improve productivity and reliability through a maintenance support tower, sky bridge and new amenities and office areas, significantly cutting the time workers spend accessing a submarine under maintenance.

“It is an exciting development that comes at a time of significant investment and commitment to growing Australia’s future submarine capability by the Federal Government. ASC looks forward to being a key part of delivering that capability growth.”

The redevelopment comes after ASC and the Defence Department agreed a further five year performance period for the sustainment of the Collins Class submarine fleet, which commenced on 1 July this year.

The awarding of the next performance period of the In Service Support Contract (ISSC) came after the Submarine Enterprise achieved international benchmark submarine maintenance performance this year.

ASC has committed to go “beyond benchmark” with its partners in the Submarine Enterprise, made up of the Defence Department, RAN, ASC and Raytheon Australia (combat system).

The Federal Government reviewed Collins Class submarine maintenance last year and found it to be an “exemplar program”.

Mr Whiley said ASC’s experience and know-how, from 30 years building and sustaining Collins Class submarines in Australia, made it a critical capability partner in Australia in coming years to meet increased submarine capability requirements, including the maintenance, upgrade and life-of-type extension of the Collins Class fleet as well as assisting in the delivery of the Future Submarine (FSM) program.

ASC West was opened in 2008 and carries out in-service maintenance of Collins Class submarines. Its workforce has grown significantly in the past two years, up from approximately 250 employees to today employing more than 380 permanent personnel and more than 120 contractors. (see further background information on back page)

The upgrade of ASC’s submarine facility at Henderson builds on the facility upgrade at ASC’s South Australian facility in 2014, which delivered approximately 30 percent productivity improvements in submarine deep maintenance.

“ASC’s successful innovation and transformation of deep maintenance in South Australia led to the adoption of similar reforms at ASC West, which will lead to further productivity improvements in our submarine operations,” said Mr Whiley.

“This project is demonstration of our commitment to Australia’s naval defence capabilities, now and into the future.”