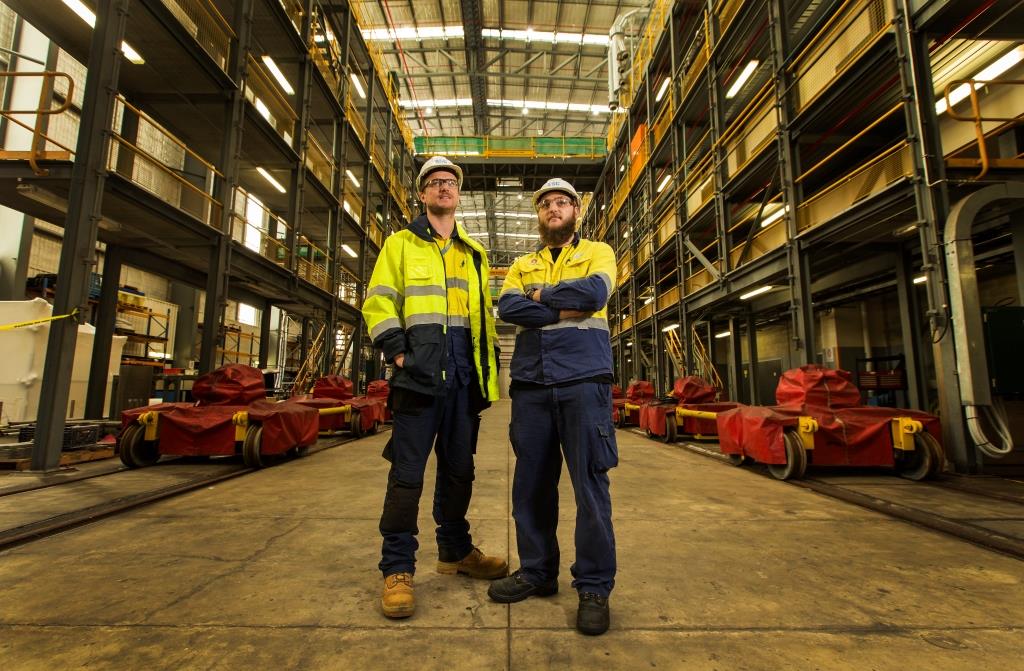 “Our ongoing recruitment of trade apprentices this year in WA, and in the years to come, recognises the increased activity at ASC West to meet improved submarine availability,” said Mr Vandepeer.

“Australia relies on ASC, and we rely on our tradespeople to deliver world benchmark submarine platform maintenance and upgrades.”

“Following a demanding and diverse period of training, in which we have tested and confirmed the skills of Dylan and Lachlan, we are confident that you will meet the high standards required in submarine maintenance and upgrade here in WA,” said Mr Vandepeer.

ASC’s submarine business employs more than 350 personnel in Henderson, including about 115 tradespeople, along with 1,100 personnel at its deep maintenance site in Osborne, South Australia.

ASC conducts vocational training to among the highest standards in Australian industry, selecting approximately 16 apprentices in SA and WA at the start of each year from approximately 1,000 applicants.

“ASC will later this year seek applications for our next apprenticeship intake and, as today’s graduates know, exciting and challenging careers are on offer at ASC supporting Australia’s operational submarine fleet,” said Mr Vandepeer.