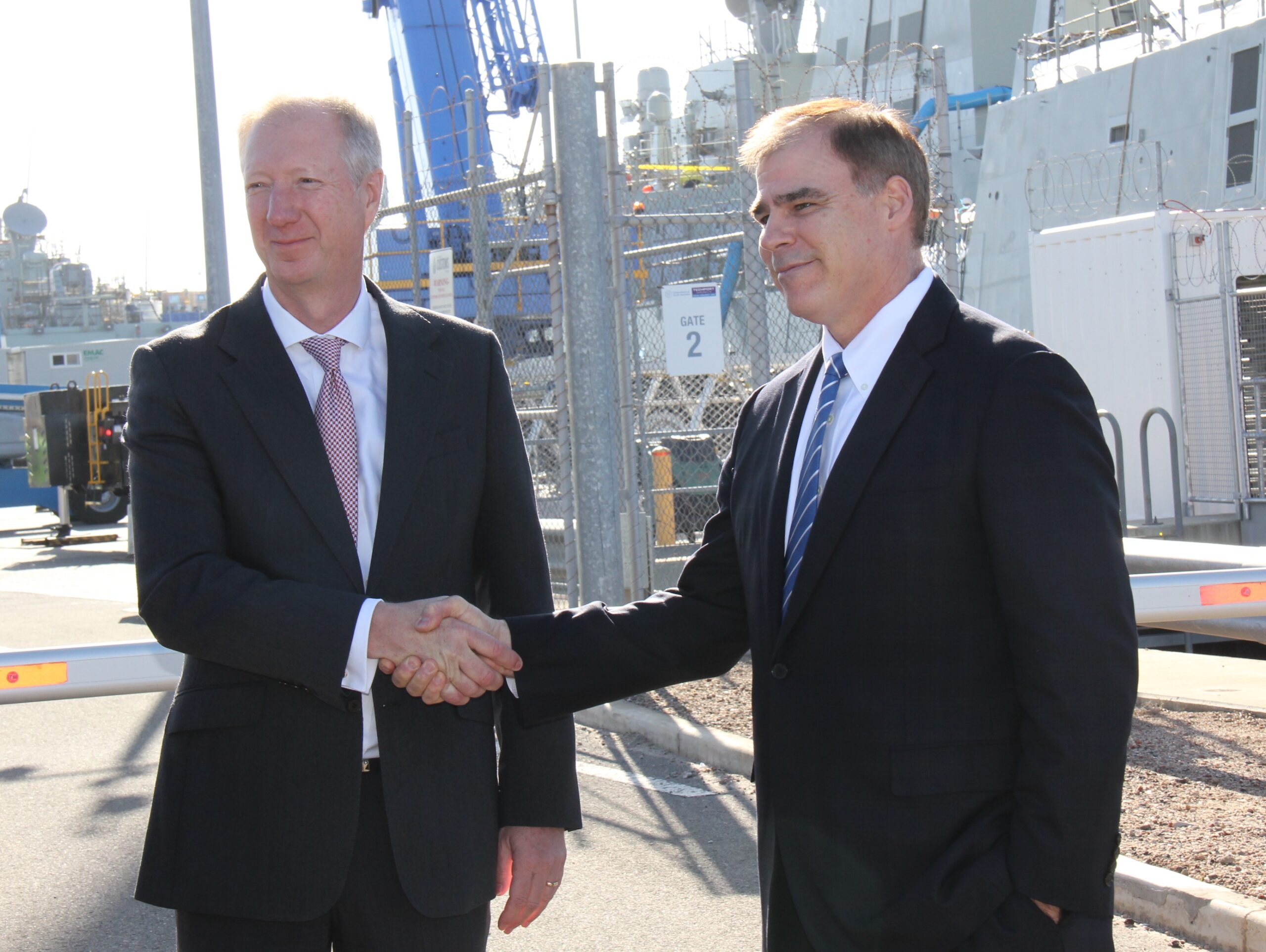 Austal Limited (ASX:ASB) today joined ASC Shipbuilding, to announce its teaming agreement for the build of the SEA5000 Future Frigates Program, which will secure the future of naval shipbuilding in Australia for decades to come.

Austal Limited (ASX:ASB) today joined ASC Shipbuilding, to announce its teaming agreement for the build of the SEA5000 Future Frigates Program, which will secure the future of naval shipbuilding in Australia for decades to come.

Under this arrangement, ASC Shipbuilding and Austal will act as one in support of the program, pooling their complementary strengths, skills and experience.

“ASC Shipbuilding and Austal represent the success and excellence in Australia’s sovereign naval shipbuilding capability, a capability established through years of investment and experience in developing an Australian skilled workforce”, Mr Singleton said.

“This partnership will bring Austal’s unparalleled record in aluminium shipbuilding, exports and operational efficiency to combine with ASC Shipbuilding’s expertise in steel warship manufacturing,” he said.

“We are exceptionally proud of Austal’s export heritage, a record that has seen us sell more than 255 ships to 100 customers in 44 countries, including the United States.

“The opportunity to work with ASC Shipbuilding to bring Australia’s shipbuilding industry into an export competitive position is a game changing announcement and something we are both very excited about”, Mr Singleton said.

ASC Shipbuilding CEO, Mark Lamarre, said the company and its 1100 skilled and experienced shipbuilders in Osborne, South Australia, were a national asset that had proved in recent years its ability to deliver major naval warships, as shipbuilder for the Air Warfare Destroyer Alliance.

“This is a powerful partnership that not only achieves the Government’s objectives for a sovereign and sustainable shipbuilding capability in Australia, as set out in the recent Naval Shipbuilding Plan, but confirms to all those in the industry that there is a bright and successful future ahead”, Mr Lamarre said.

“Australia deserves an industry that designs, builds, upgrades, maintains and exports naval vessels in Australia, by Australians working for Australian companies that are also headquartered and have ultimate decision making authority in Australia.

“This agreement delivers on that objective.  With our combined strengths, we will deliver the best capability for the Australian Navy and, for the first time ever, we will be on track to building a truly sovereign and sustainable shipbuilding capability for decades to come”, Mr Lamarre concluded.

The $35 billion Future Frigate Program will deliver replacement vessels for the existing ANZAC fleet with production scheduled to commence from 2020 at the Federal Government-owned shipyard in Osborne, South Australia.

Click here to read the full statement from ASC and Austal.