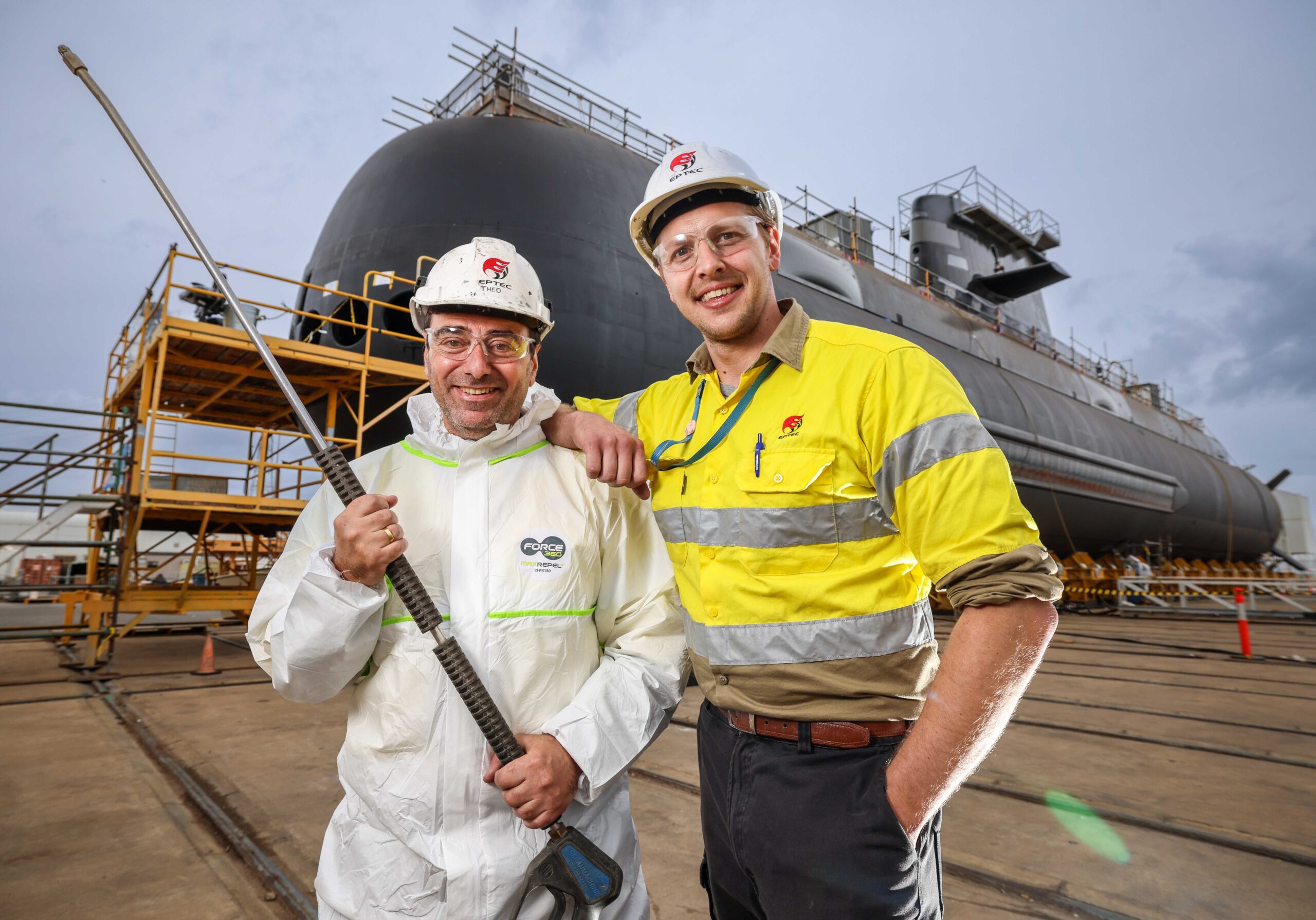 ASC has signed a $66 million contract with Australian engineering business Eptec Group for blast and paint services to be carried out during Collins Class Full Cycle Dockings in Adelaide, as part of a six-year agreement that will support more than 100 local jobs.

Adelaide is home to ASC’s two-year Collins Class Full Cycle Dockings, which deliver upgrades and deep maintenance after each decade of a submarine’s service at sea. Shorter Mid Cycle and Intermediate Dockings are performed by ASC staff at Henderson in Western Australia.

The $66 million contract announced today will result in Eptec providing blast services to clean components and systems within the Collins Class submarines and ensure their effective ongoing operation. Painting services include anti-corrosion protection for the submarine hulls and internal structures, to maintain resilience in the ocean environment.

Internal paintwork will also refresh living areas on board the Collins Class submarines including galleys, walls and ceilings to improve amenity and conditions for Australian crews.

“Full Cycle Dockings are immense undertakings that include opening the hull, removing major systems for maintenance and adding new capability,” Mr Whiley said. “It is critical
work being done in Adelaide, with Australian suppliers, to support our national security.

“Strong local supply chains are important for ASC and the Collins program. Partnerships like this increase ease of access to services, while supporting Australia’s industrial resilience.

“The significant national security investments which are being made to grow Australia’s submarine capability are also creating hundreds of jobs, both at ASC and with suppliers.”

Eptec was selected following a competitive market activity and demonstrated capability to support ASC in achieving high levels of quality, timeliness and value. Eptec will also provide scaffolding, waste removal and spotting services to support the blast and paint operations.

The contract designates Eptec Group as the preferred blast and paint supplier for the next two Collins Class Full Cycle Dockings in Adelaide, with the option to extend for a third.

Eptec Group Chief Executive Officer Geoff Knox said more than 100 workers would be enlisted during each Full Cycle Docking to deliver the blast and paint services for ASC.

“Eptec’s high-performing, multi-skilled workforce is committed to supporting Australia’s defence capability and the maintenance of critical assets like the Collins Class,” he said.