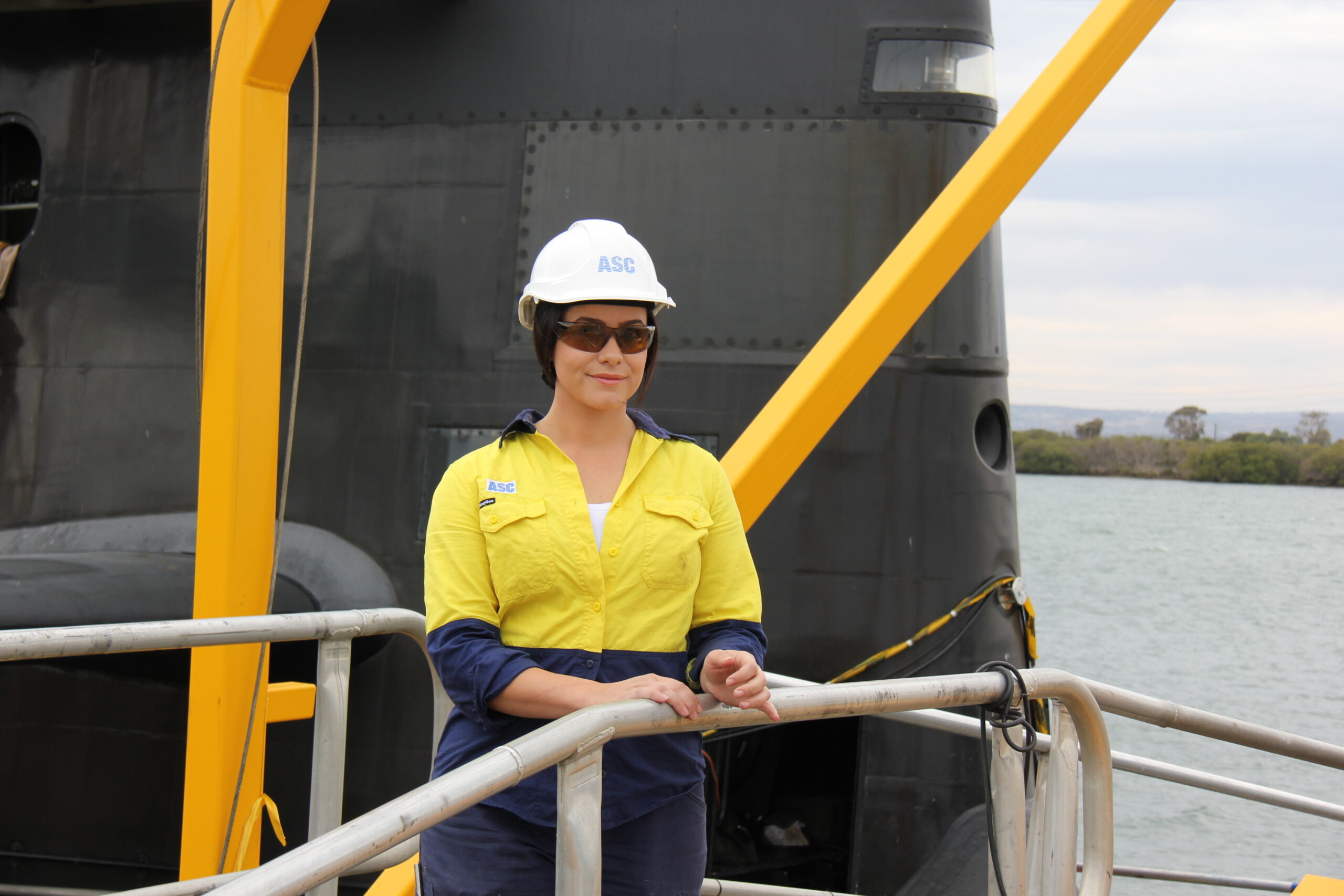 Evyenia lighting the way with an ASC welding apprenticeship

ASC second-year welding apprentice Evyenia Kontakos admits it was competitive to win a place in ASC’s apprenticeship program but now knows why.

ASC second year welding apprentice Evyenia Kontakos admits it was competitive to win a place in ASC’s apprenticeship program but now knows why.

“We are given time to learn and all the facilities and tradespeople to learn from,” says the 23-year-old.

“As soon as I started we spent time in the welding school and were then trusted to go out and work with tradespeople on the boats (submarines).”

Applications for entry to ASC’s next highly competitive apprenticeship intake are now open. If you or someone you know is interested please go to https://www.asc.com.au/careers/ and follow the links. Applications close on August 26.

She jumped at the chance to compete for an adult apprenticeship at ASC, earning a place in the welding program.

ASC welding is among the most demanding and quality tested in the country. Every weld on an Australian submarine must be of a very high quality, to ensure the safety of the submarine and crew in service.

This year Evyenia was part of the team that re-furbished the MGR Hull Stiffening support jig on HMAS Collins – a steel structure that ensures the submarine retains its shape to support the hull as a large roof section is removed as part of deep maintenance.

“All the butt weld tests for the Collins stiffening jig came back showing no defects – so it was a great result for us,” says Evyenia.

Evyenia says, “As for working within this trade area, I’m not the only women in the fabrication team and there are no disadvantages working at ASC towards woman at all. “.

With HMAS Collins about to be returned to active service with the Royal Australian Navy, ASC has now commenced the two-year full cycle docking of HMAS Waller.

“I’m definitely excited about Waller. It’s fast paced work once it arrives and it doesn’t let up.”