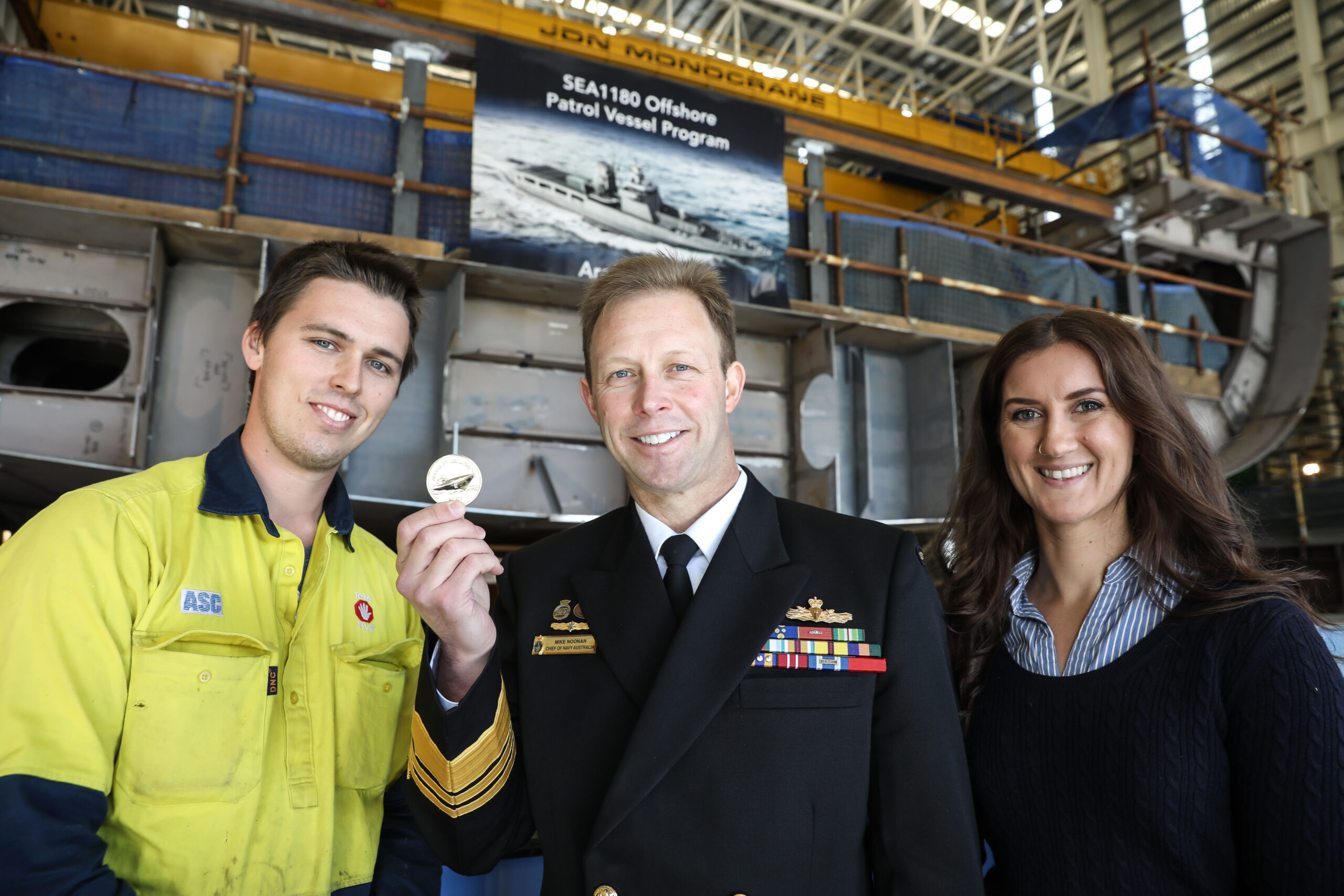 The first of Australia’s Arafura Class Offshore Patrol Vessels (OPVs) will today celebrate a naval tradition with the keel-laying ceremony to bring good luck for the shipbuilders and future crew members.

In the second major milestone of Australia’s newest warship construction program, the keel laying ceremony will see a commemorative coin placed under the keel of the vessel by the youngest shipbuilders in the Osborne Naval Shipyard, followed by the Chief of Navy wedging the coin under the keel.

Luerssen Australia Chairman Tim Wagner said the milestone marked the official start of the ship’s life, and demonstrated the significant progress made already on the Arafura Class program.

“This is another reminder of the importance of the Arafura Class program towards Australia building a sovereign naval shipbuilding capability,” Mr Wagner said.

“As the prime contractor and designer for the SEA1180 program, we have been delighted with progress so far, and remain confident that we will deliver all 12 vessels on time and on budget for the Royal Australian Navy.”

“The Arafura Class is ASC’s second shipbuilding program, commenced as we continue to successfully complete the Air Warfare Destroyer program, and we are very pleased at its progress to date,” said Mr Whiley. “I would also like to pay tribute to the skilled and experienced workforce of ASC Shipbuilding, who are carrying out the shipbuilding work on this program, under contract to ASC.”

“I’m excited to be part of this new program – it’s great to be looking to the future of shipbuilding,” said Kane. “The lead ship is coming together well and it’s great to be a part of today’s traditional milestone. I’m looking forward to seeing the ship completed in the coming months,” said Lauren.

The Arafura Class marks the commencement of continuous naval shipbuilding in Australia, which will see major warships and submarines constructed in Osborne, South Australia, and minor warships in Henderson, Western Australia.