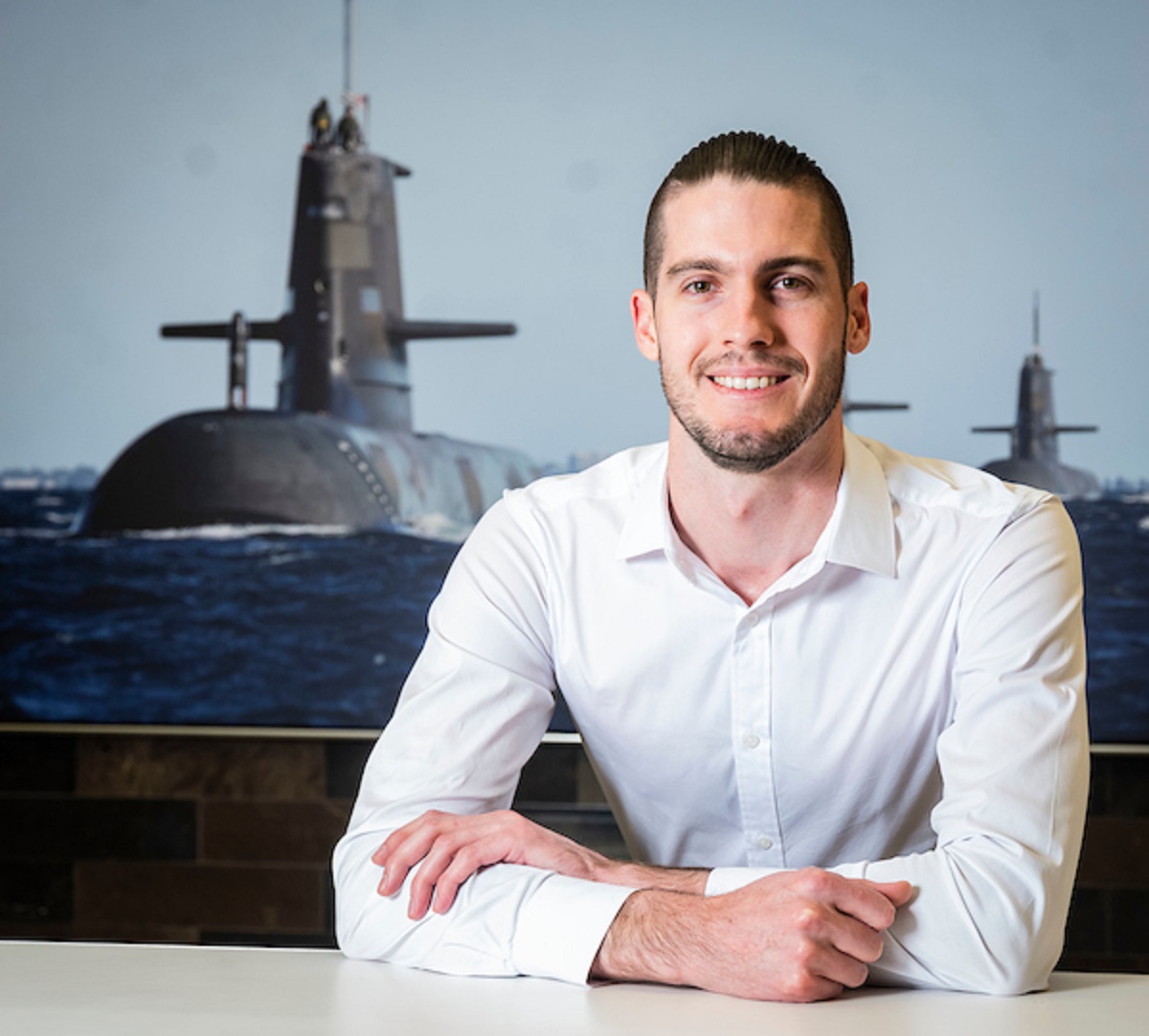 From Geraldton to Henderson, WA, Simon graduates to engineering excellence

As a boy Simon Bogle would accompany his cray fishing father on trips off the coast of their home town of Geraldton, Western Australia.

As a boy Simon Bogle would accompany his cray fishing father on trips off the coast of their home town of Geraldton, Western Australia.

With the small boat heaving, Simon often suffered sea sickness and was not particularly drawn to fishing.

The boy from Geraldton has since grown up and found his professional home under the waves, as a graduate engineer with ASC in WA, helping to keep Australia’s submarines and their crew operating safely.

“I had previous experience in the marine industry, with my dad a professional cray fisherman, but submarines are very different to surface boats,” says Simon.

If you or someone you know is interested in applying to ASC’s graduate engineering program, please go to this webpage. Applications close at midnight on Thursday.

Simon joined ASC in mid-2017 as part of a large intake of engineering talent at the company’s West Australian submarine maintenance operations at Henderson, south of Perth.

He was impressed with the incredibly high quality of the parts within the submarine and the thoroughness with which it is maintained.

“I had no idea on the quality of workmanship, and the rigour of the work; everything mechanical on the submarines is very well made and maintained – so they operate safely,” says Simon.

One of eight graduate engineers admitted to ASC West in the past year, Simon’s journey has been longer than most.

He started out as a talented manual arts student in Geraldton, then moved to Perth and completed a two year Advanced Diploma in mechanical engineering at TAFE, then worked for three years as a draftsman in an engineering office.

But he never shook the determination to become fully qualified as an engineer. “I wanted to understand the reasons behind what we do,” says Simon.

So he enrolled at Curtin University and, while working part time, earned a Bachelor of Mechanical Engineering (Hons).

“I’m really enjoying the job and see a future in the company – I’m absolutely loving it,” says Simon.

As part of the two-year graduate program, Simon has moved every three months, including HMAS Stirling, the Australian submarine base off the coast of Western Australia, south of Perth.

He’s now working for three months with the diesel crew, learning about the three V18 diesel engines that each Collins Class submarine has.

“We get to learn the basic layout of the submarine – why it’s there and how it works. We get an in depth insight into the configuration of where things are located, how they operate and how they are maintained,” he says.

“I didn’t quite realise how tight and confined and how much gear they’ve packed into the submarine.”

ASC employs several hundred engineers and actively supports their careers through sponsorship with the Institute of Engineers Australia.