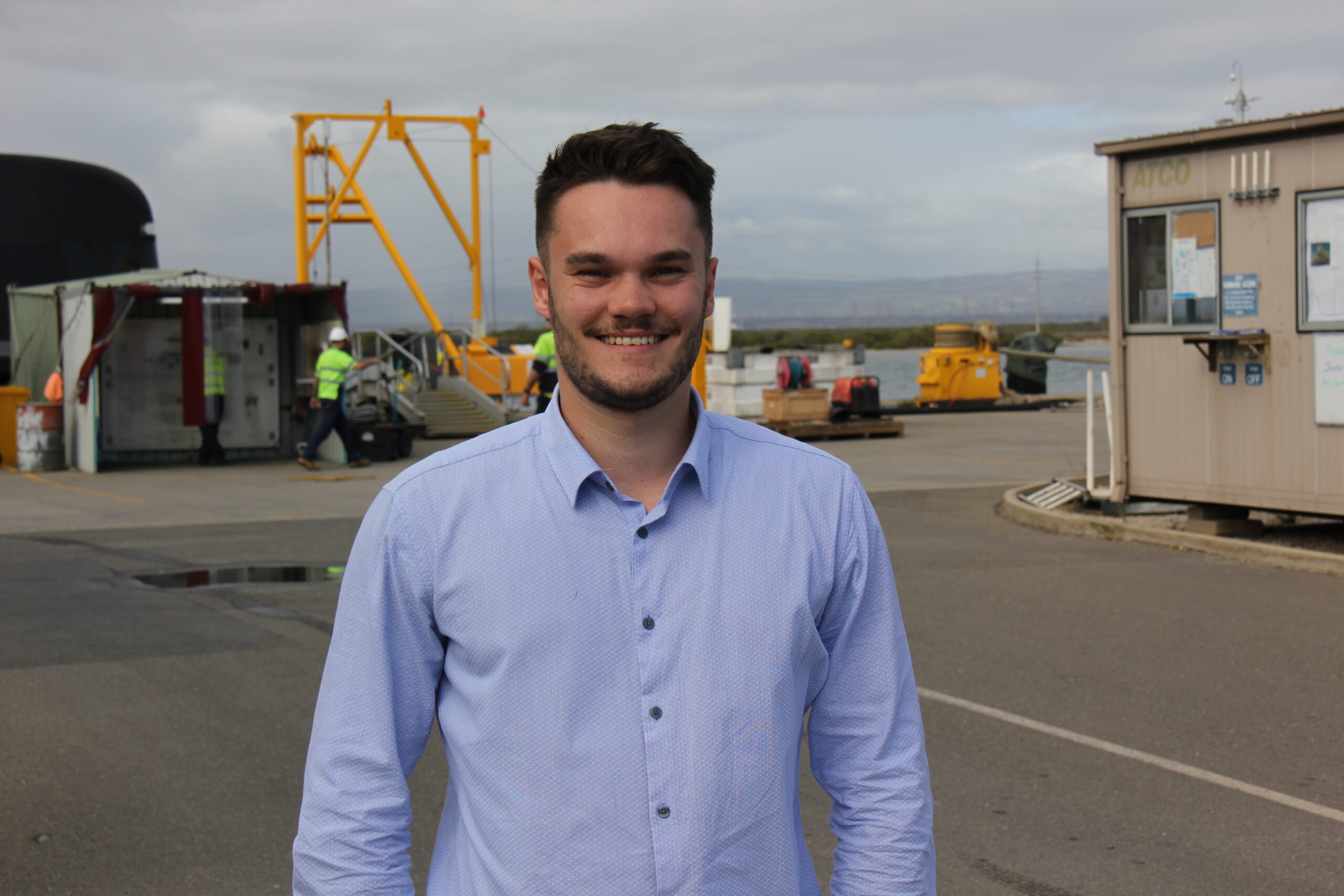 As a first-year member of ASC’s elite engineering graduate program, Hugo is helping to rebuild the most complex vehicles ever built in Australia – the Collins Class submarine.

The love of rebuilding 4WD vehicles in high school guided Hugo Bransbury into a degree in mechanical engineering.

Today, as a first-year member of ASC’s elite engineering graduate program, Hugo is helping to rebuild the most complex vehicles ever built in Australia – the Collins Class submarine.

As part of ASC’s submarine business, Hugo has worked in the “precision mechanical” engineering department, examining and assessing changes to any aspect of the mechanics of the submarines, ensuring they remain safe to operate by the Royal Australian Navy.

If you or someone you know is interested in applying to ASC’s graduate engineering program, please go to this webpage. Applications close at midnight on Thursday, 31 May 2018.

Hugo, 22, says it was the range of opportunities at ASC that drew him to the Australian-owned company.

“What stood out to me was the ability to move around and do different things. What I didn’t want was to be locked into one area that may not be the best for me,” says Hugo.

A casual conversation with his club basketball coach – a senior ASC engineer – first brought his attention to submarines.

“ASC has the leading group of engineers in the submarine space – bar none. So it’s exciting to be working with a company in which it’s possible to develop to that level,”

“If you are prepared to put your hand up and take an interest, there’s plenty to do that’s for sure. I’m flat out at the moment.”

Hugo earned his BE (Hons) from the University of Adelaide, with his first class honours grades critical in being competitive to win entry to ASC’s graduate program.

ASC employs several hundred engineers and actively supports their careers through sponsorship with the Institute of Engineers Australia.