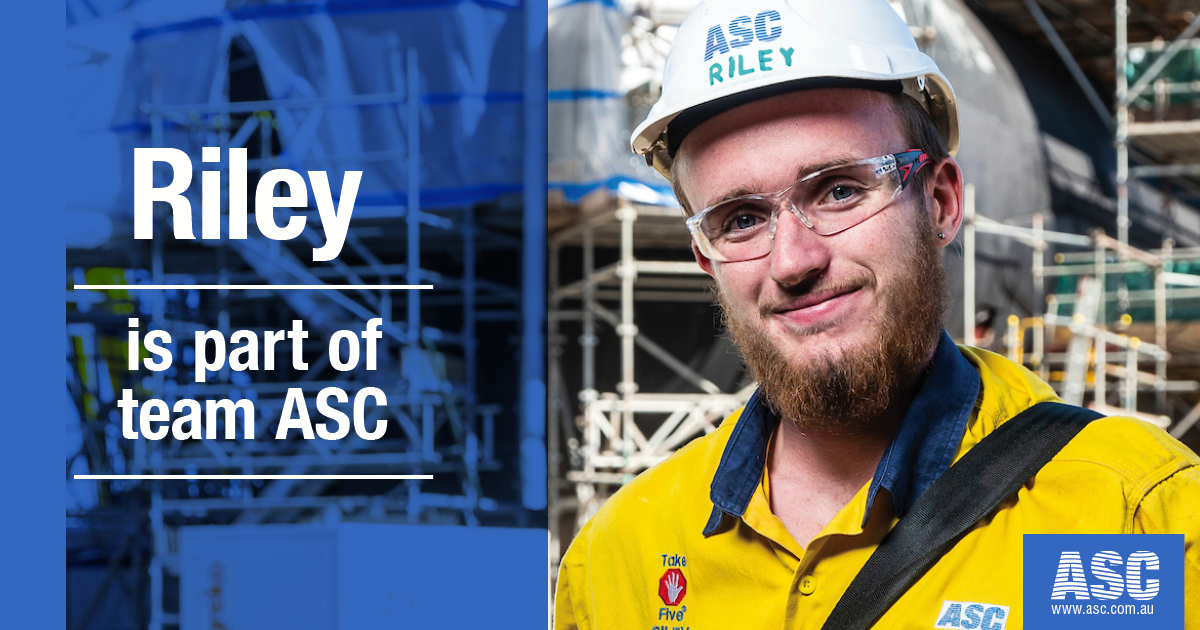 Riley showing the way for new apprentices in the West

Applications for entry to ASC’s next highly competitive apprenticeship program for submarines are now open. If you or someone you know is interested please go to https://www.asc.com.au/careers/ and follow the links. Applications close on Sunday 26 August.

Riley was one of two mechanical apprentices who won places at ASC’s Western Australian submarine maintenance workforce this year, joining a workforce of more than 300 to help keep Australia’s front line subs at sea and in good working order.

Riley points to the additional trade study during his senior year that gave him the edge.
“During my final year I achieved a Certificate Two in mechanical engineering at TAFE and I think that might have improved my chances,” says Riley, 18.

Applications for entry to ASC’s next highly competitive apprenticeship intake are now open. If you or someone you know is interested please go to https://www.asc.com.au/careers/ and follow the links. Applications close on Sunday 26 August.

At ASC Riley has been encouraged to embrace diversity, recognising the value that people from a range of backgrounds bring to the organisation and work collaboratively to develop solutions to demanding problems.

Riley grew up around the Western Australian submarine precinct south of Perth, attending school at Living Waters Lutheran College in Rockingham, just across the water from the Royal Australian Navy submarine base on Garden Island and just south of ASC’s submarine maintenance base at Henderson.

“You learn a lot about the submarines and you feel good because you are helping out the Navy – you get to talk to a lot of the Navy people and get to hear a lot of their stories – there’s never a dull moment,” says Riley.

Since taking up one of four apprenticeships this year at ASC West (two mechanical and two electrical), Riley has been refitting the hydraulic system on a Collins Class submarine.

“We’ve changed over most of the hydraulic hoses and checked that they aren’t leaking,” he says.

The hydraulics system is critical to the safe operation of the submarine as they control many critical systems and Hydraulic controlled valves.

“I’d definitely recommend applying for an apprenticeship – so far it’s been real fun.”