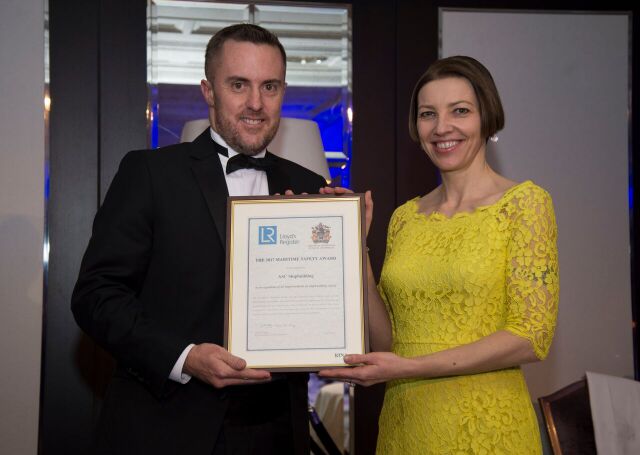 ASC Shipbuilding Acting Chief Executive Officer Jim Cuthill said the award recognised the safety and learning culture of the company, which employs more than 1,000 of Australia’s leading shipbuilders, responsible for delivering the ship platforms for the Air Warfare Destroyer program.

“ASC Shipbuilding may be a young company but we are showing we have cutting edge capability and a highly productive workforce,” Mr Cuthill said.

“This prestigious international award demonstrates our commitment to practical safety and innovation – qualities which our workforce will bring to future shipbuilding roles, starting with the Offshore Patrol Vessel program later this year. ASC Shipbuilding is also strongly placed to become the sovereign Australian shipbuilder of the Future Frigates, starting in 2020, subcontracting to the prime contractor-designer of the Government’s choice.”

The Portable Fire Control System was designed and manufactured by ASC Shipbuilding personnel and is partly credited with a track record of eight years in which there have been no major fire incidents at the ASC Shipbuilding facility in Osborne, South Australia.

The system is a network of dozens of multi-function panels distributed throughout a major vessel under construction that are used to raise the alarm and provide information of any fires or fire risks detected.

The award was accepted at the annual awards gala of the Royal Institute of Marine Architects, held in London on April 12.