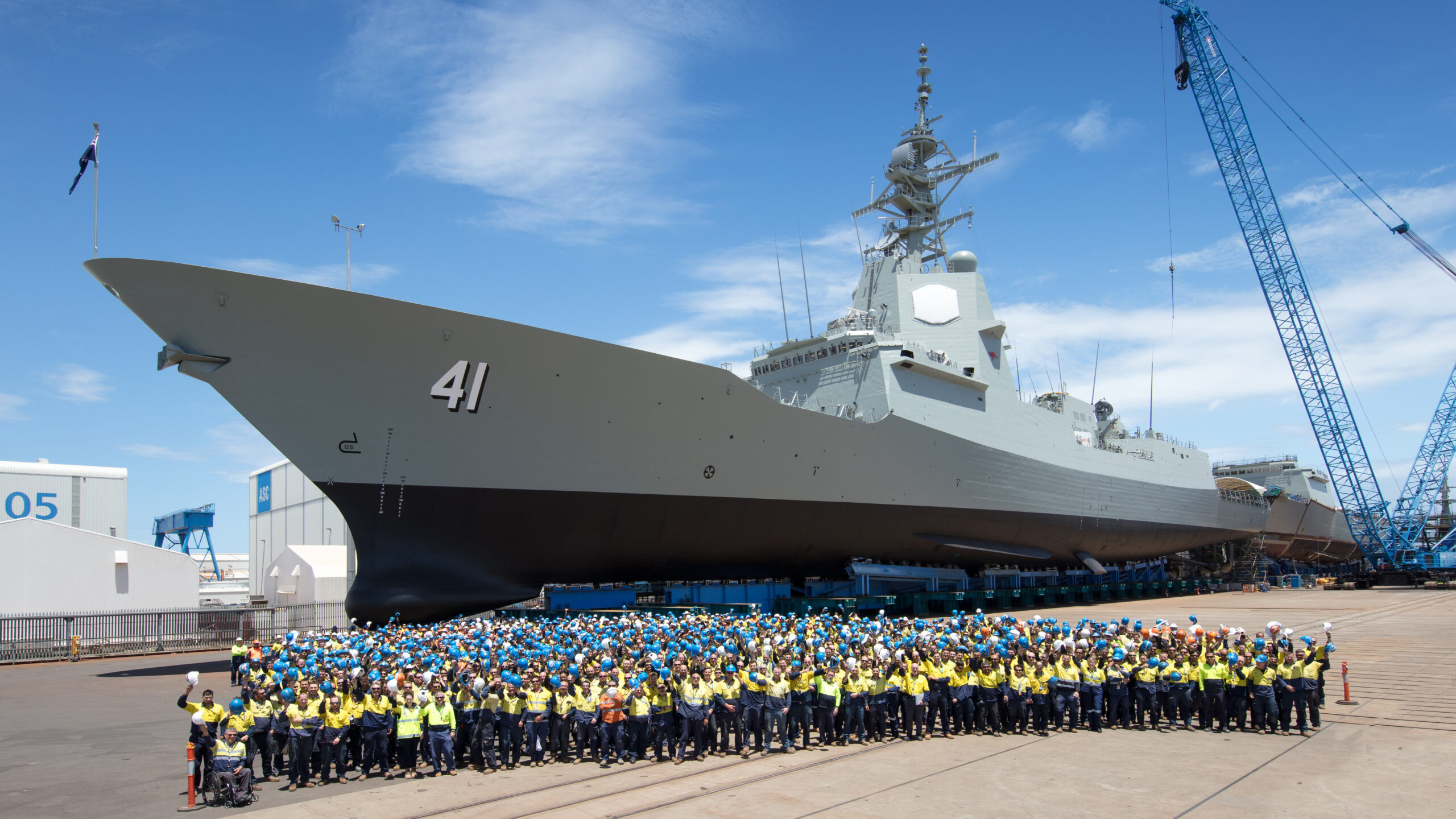 Tomorrow will be a very proud day for ASC Shipbuilding and for each of you, with the launch and naming of our third Air Warfare Destroyer, Sydney.

I take this opportunity to recognise your hard work, expertise and attention to safety and continuous improvement – all of which was crucial in successfully delivering Ship 03 to this point.

You have succeeded in maintaining an impressive rate of improvement since Ship 1, which has resulted in Ship 3 being approximately 80 per cent complete, and constructed at approximately 35 per cent less cost, compared to Ship 2, for our scope of work to date.

Your achievement on Ship 3 places ASC Shipbuilding on a credible pathway to achieving international best practice for the construction of complex Aegis-like warships internationally, by the delivery of this ship at the end of next year.

Only by maintaining that trajectory can we claim to deserve a major role in the upcoming SEA5000 Future Frigate program, and you are proving each day that we are more than capable of such a role.

We are on track to commence work later this year on the lead warship of the Offshore Patrol Vessel project, after being awarded the role of shipbuilder for designer and prime contractor, Lürssen of Germany.

The launch of Sydney tomorrow will be a bitter-sweet milestone for the AWD program, as it will wet the hull of Australia’s third and final Air Warfare Destroyer, with progress on the project leading to the continued draw-down of personnel numbers.

With the first-of-class HMAS Hobart commissioned last year and the second and third AWDs to follow, each of you can take pride in building the ship platforms for the most potent warships ever delivered to the RAN.

I acknowledge our cooperation with our project partners, combat system integrator Raytheon Australia, the Capability Acquisition and Sustainment Group of the Department of Defence and ship designer Navantia.

Your dedication, determination and sheer hard work in building Sydney was combined with that of thousands of others across Australia and the world, as suppliers and partners of the program.

Together, step by step, we are creating history: this year successfully completing Category 5 sea trials for Brisbane ahead of delivery to the Commonwealth later this year.

At ASC Shipbuilding we not only build Air Warfare Destroyers, but also the teams required to produce them efficiently and safely on time.

This nation-leading capability is critical in delivering the nation’s future warship construction projects.

Thank you for your ongoing commitment.