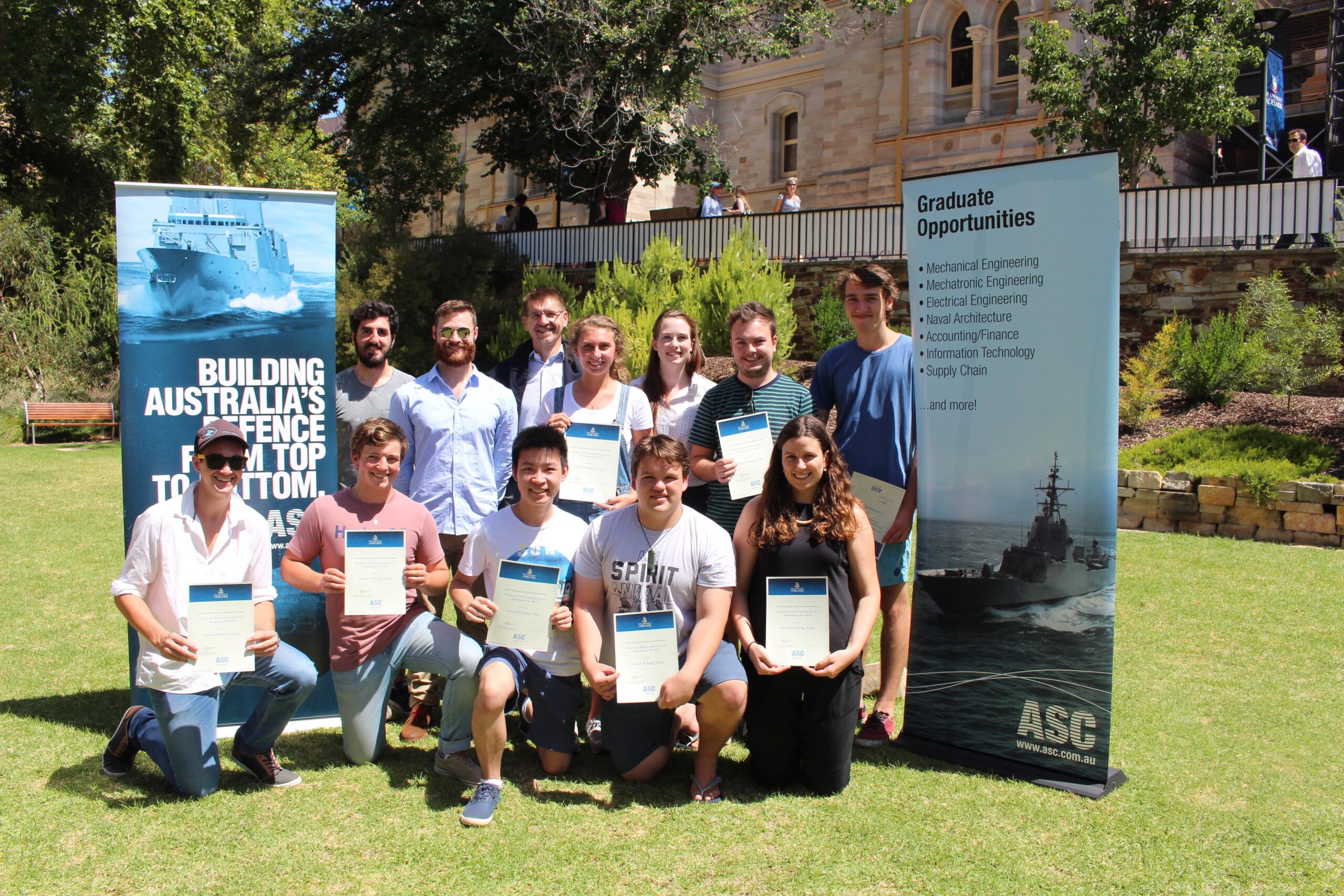 Supporting the Transition from Education to Industry

As a sponsor of the event, Melissa and Eric were provided the opportunity to judge the competition, as representatives of ASC, nominating recipients of the Engineering Design Award.

The event allowed them to connect with first year mechanical engineering students and for Melissa, inspired reflection on the past year that she had spent working with ASC and the transition from ‘uni student’ to ‘mechanical engineer’.

“It was only a year ago I received the phone call that every final year engineer student waits for – a job offer that would begin a career path I had never expected,” said Melissa.

In 2015 Melissa graduated from the University of Adelaide with a Bachelor of Engineering (Honours), Mechanical and Aerospace, and shortly after, in January 2016, she joined ASC’s graduate program.

As with many engineering students, Melissa can clearly recall the uncertainty of employment opportunities post-studies, with limited opportunities available in Adelaide for mechanical and aerospace engineers.

“During my time at university I couldn’t imagine myself finding a post graduate position with a successful company, there are limited opportunities for graduate engineers in Adelaide and ASC’s graduate program is highly regarded,” she said.

Attending the Design and Build competition brought back fond memories of her time at the university. It wasn’t that long ago that Melissa was one of the first year students participating in the competition, and then a fourth year student mentoring students during the competition, helping to ignite their passion for engineering.

”It was inspiring and exciting to see so many students, new and old, ready to learn new skills required to put their mark on the engineering industrys,” Said Melissa of her return visit to the University.

When asked about ASC and working with submarines Melissa says the answer is simple, “I love a challenge and will always put myself in a position to be able to learn new skills and further my knowledge.”

“I am very proud to be an engineer and of my career with ASC, a significant part of Australia’s sovereign submarine capability. I hope when future students graduate that they too have the same passion and drive for their engineering job.”

Melissa is currently in her second and final year of ASC’s graduate program working within the Collins Full Cycle Docking Project Management department at the Osborne facility in South Australia. However, mid-year she will be relocating to Western Australian to participate in a three month placement at ASC’s Henderson site.